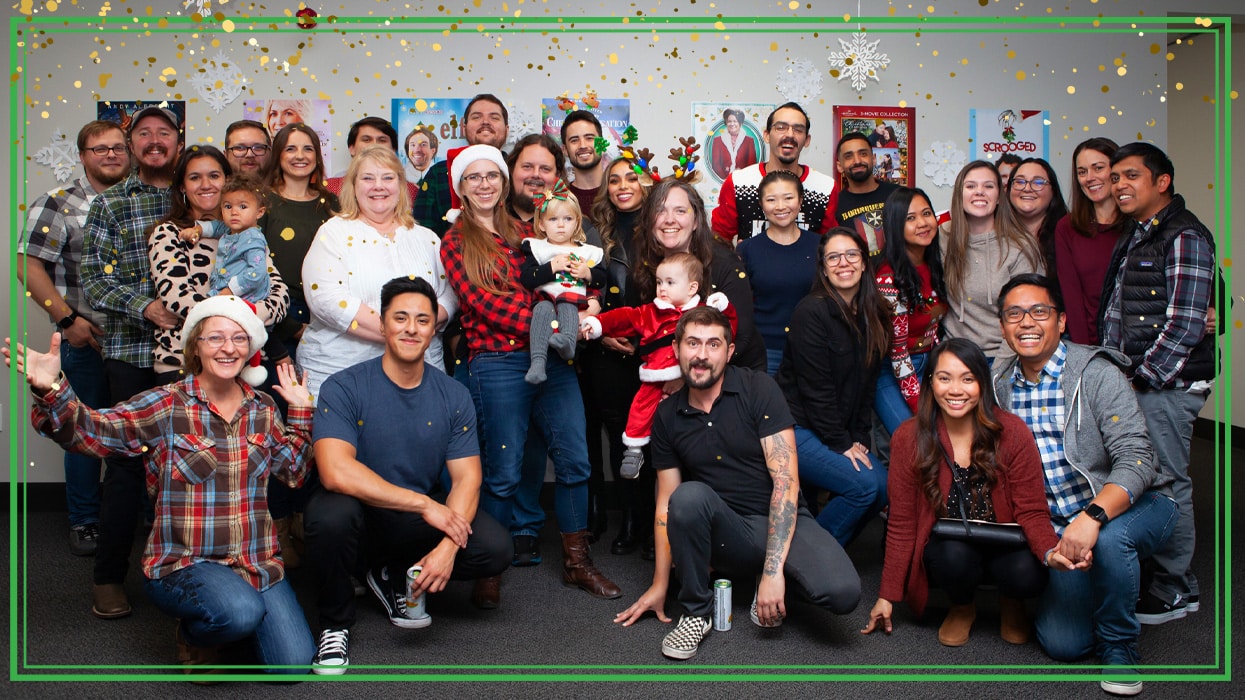 Note from the CEO: Our end-of-the-year post is a little bit different this year. Traditionally I take time at the end of the year to reflect on changes affecting our team and clients. This year I experienced a life-changing event that solidified my belief in the power of people and the value in relationships. You will find the first part of this post to be business as normal and my personal story in the second part.
– Dylan Natter

If 2022 taught me anything, it’s that strong relationships are the most important things we can develop. Period. The power of people working together towards a common goal makes miracles happen.  END_OF_DOCUMENT_TOKEN_TO_BE_REPLACED

This article first appeared on Forbes.com on June 2, 2022. Dylan Natter is the CEO and founder of centrexIT, a San Diego-based Managed Service Provider devoted to industry-leading standards of professionalism and care.

We all know cybersecurity is a serious threat, so I won’t bore you with statistics you’ve heard a thousand times. But consider this: Studies indicate the cybercrime industry is more profitable than the worldwide illegal drug trade. Cyberattacks will continue and are only going to increase, especially with global conflict and political unrest on the rise. Bad actors leverage technology to automate attacks. They don’t care who you are, so small to midsize businesses (SMBs) are not immune.

END_OF_DOCUMENT_TOKEN_TO_BE_REPLACED 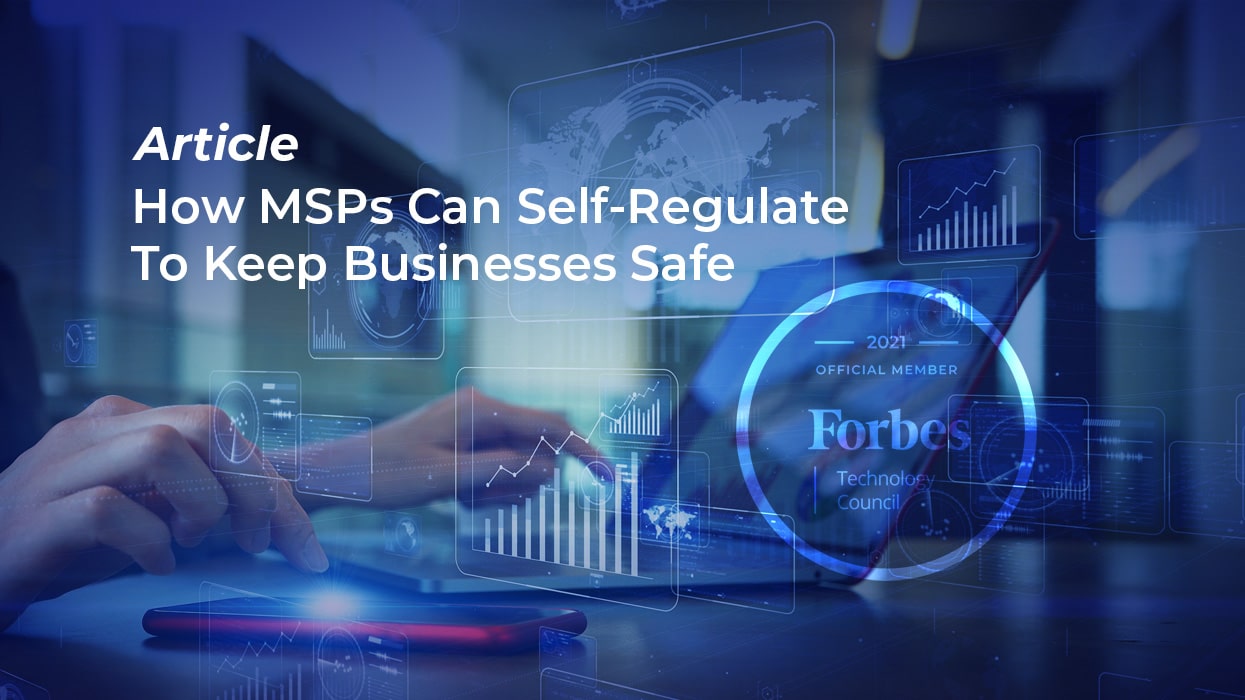 In the historically unregulated MSP industry, self-regulation is key to keeping businesses safe.

In this Forbes Technology article, Dylan Natter, CEO of centrexIT, exposes the correlation between the overall security of a company and the cybersecurity practices of their Managed Service Provider.

With damage related to cybercrime projected to hit $6 trillion annually in 2021, the critical importance of cybersafety cannot be understated, especially since the widespread shift to working from home has stripped users of traditional protections. Everything from the security of work from home users to broader system security can and must be considered.

Article: How MSPs Can Self-Regulate To Keep Businesses Safe 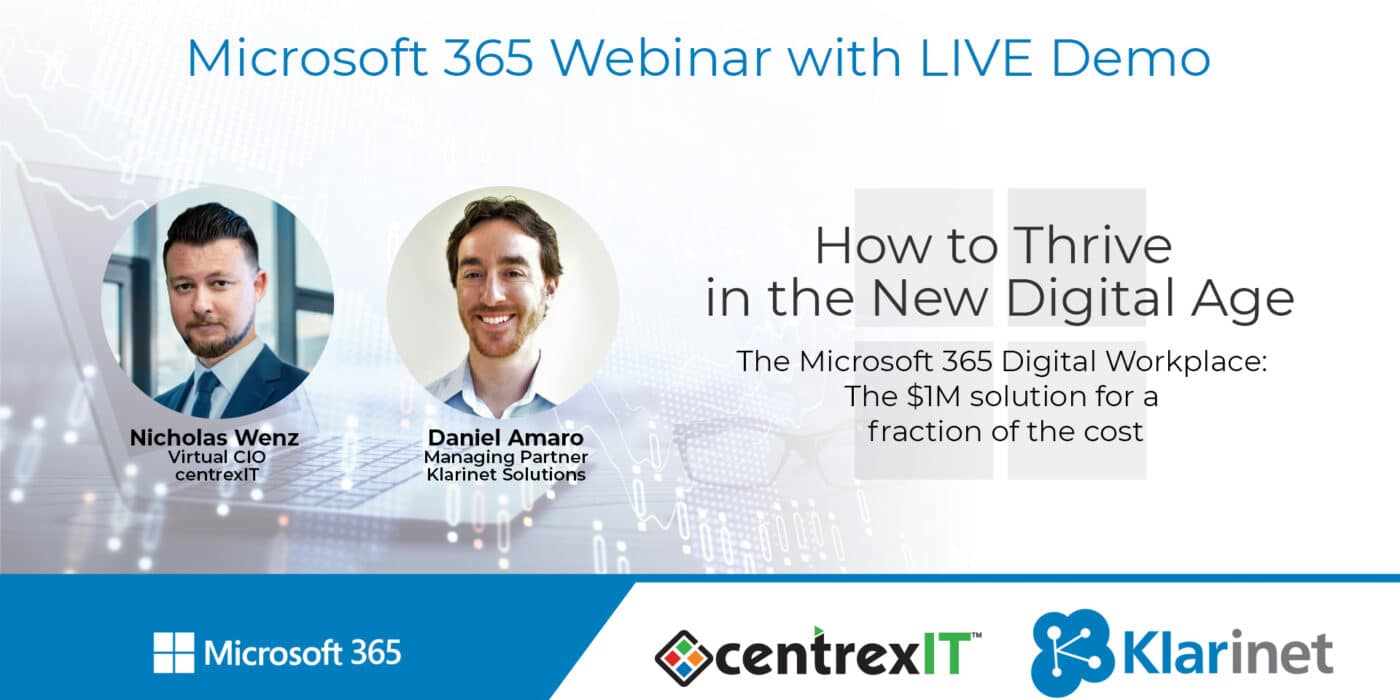 In our September 2020 webinar, centrexIT and Klarinet Solutions reviewed how to use Microrosoft 365 to save money, get cyber-safe, and increase team performance with next-generation collaboration tools. Watch the webinar recording to find out how the consolidated approach with Microsoft 365 acts as a $1 million solution for small and medium-sized businesses…at a fraction of the cost.

END_OF_DOCUMENT_TOKEN_TO_BE_REPLACED 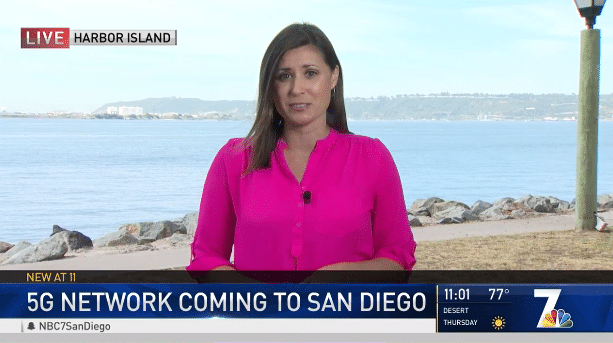 A multi-million dollar deal between San Diego and Verizon will lay the groundwork for 5G technology, the mayor announced Monday.

Faulconer said the expansion would be at no additional cost to taxpayers while mentioning that permit times will be reduced to allow Verizon to install technology faster.

“We can’t yet announce 5G for San Diego but [this deal] will build the foundation for a 5G network here,” Verizon Senior Vice President of Engineering Ed Chan said.

END_OF_DOCUMENT_TOKEN_TO_BE_REPLACED 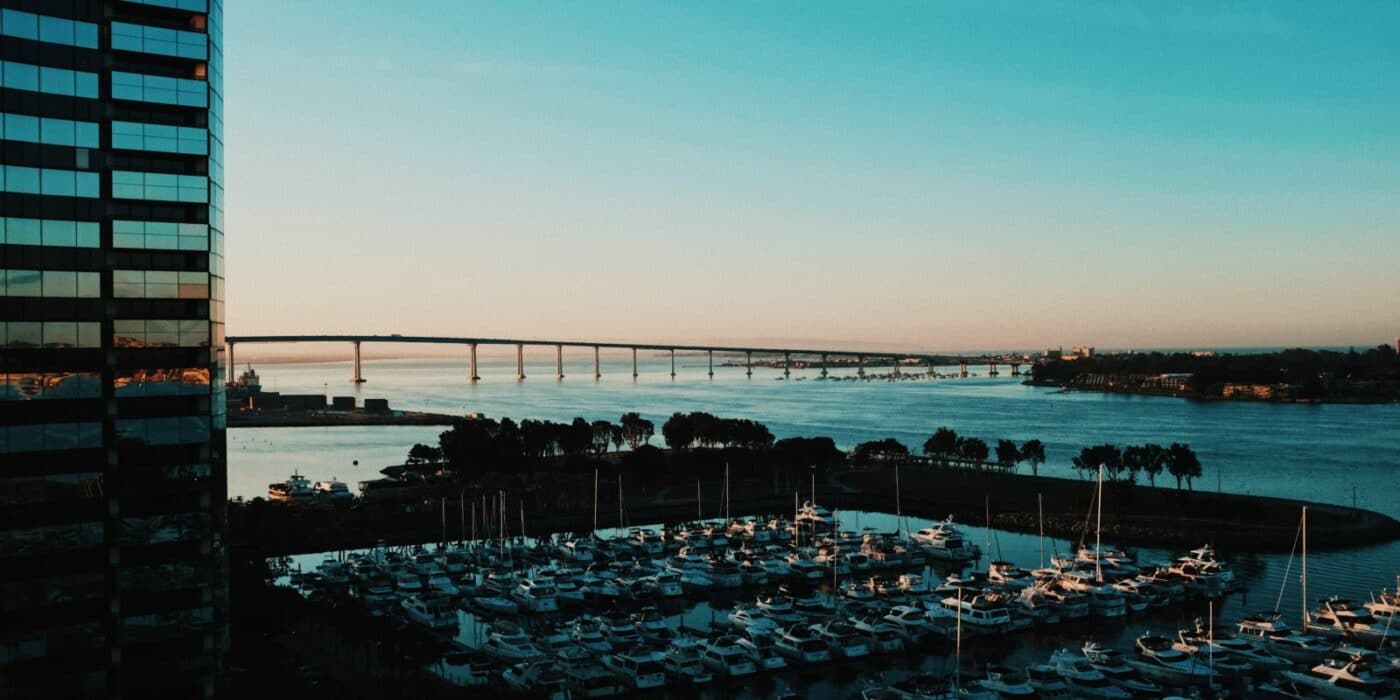 San Diego received some good news when AT&T, the first carrier to roll out 5G, announced that the city will be one of the first 12 places in 2019 to get the mobile and wireless communications technology. Here’s what 5G in San Diego means for the burgeoning city.

For San Diego, the arrival of a 5G network is a game-changing moment. The technology has the ability to push San Diego into the future and stimulate development and growth across many industries.

END_OF_DOCUMENT_TOKEN_TO_BE_REPLACED 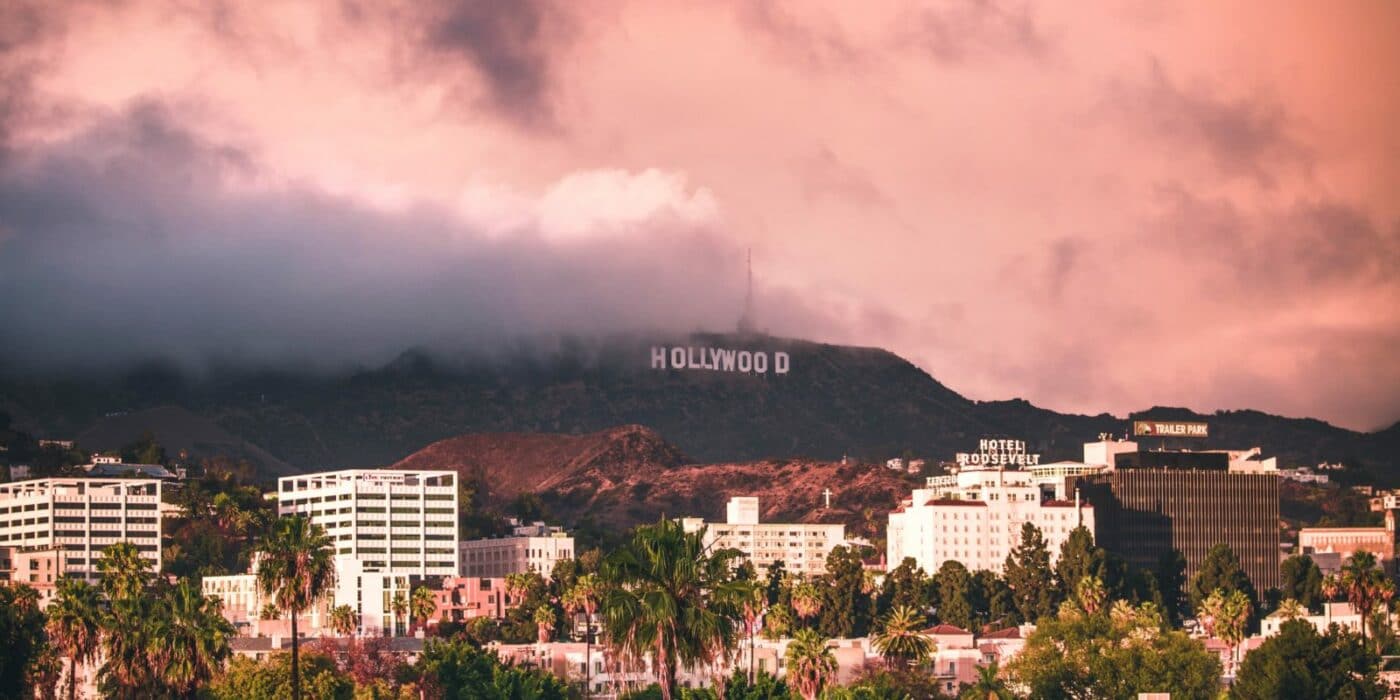 This office space and multi-tenant lab is the result of a partnership between Hatchspaces LLC and the LA Bioscience Hub and offers promise for life sciences, bioscience and tech companies in Los Angeles’ ever-expanding biosciences industry. Here are some important aspects of this incubator program:

END_OF_DOCUMENT_TOKEN_TO_BE_REPLACED

There are quite a few Managed Service Providers in San Diego, and choosing from them can be a difficult process. We’ve given you 5 key things to look for when selecting your next managed service provider in San Diego to work with.

END_OF_DOCUMENT_TOKEN_TO_BE_REPLACED 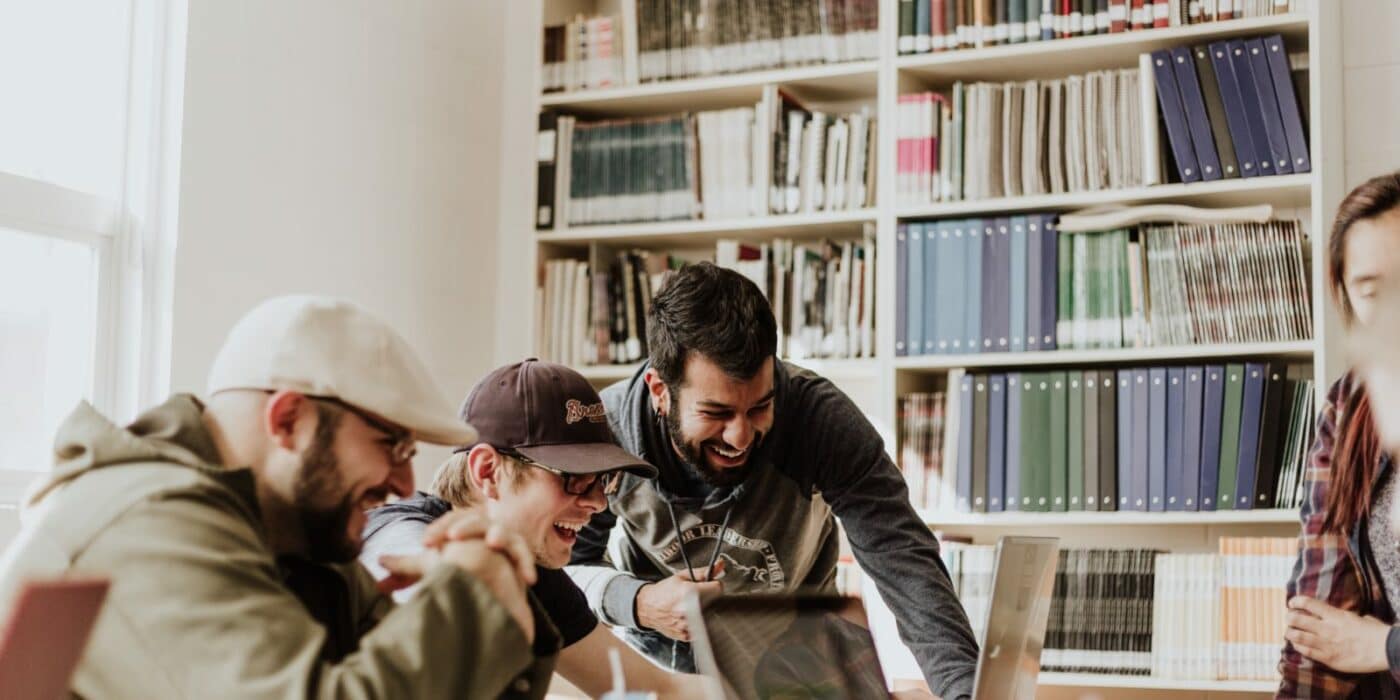 From smart spaces to big data in the cloud, technology has opened the world to businesses of all kinds. Whether your company relies on an established in-house IT staff or outsources data management to managed service providers, innovations in artificial intelligence, cloud computing and other kinds of technology can give your company the advantages it needs to succeed. Here are 15 ways today’s tech can help your business beat the competition.

END_OF_DOCUMENT_TOKEN_TO_BE_REPLACED 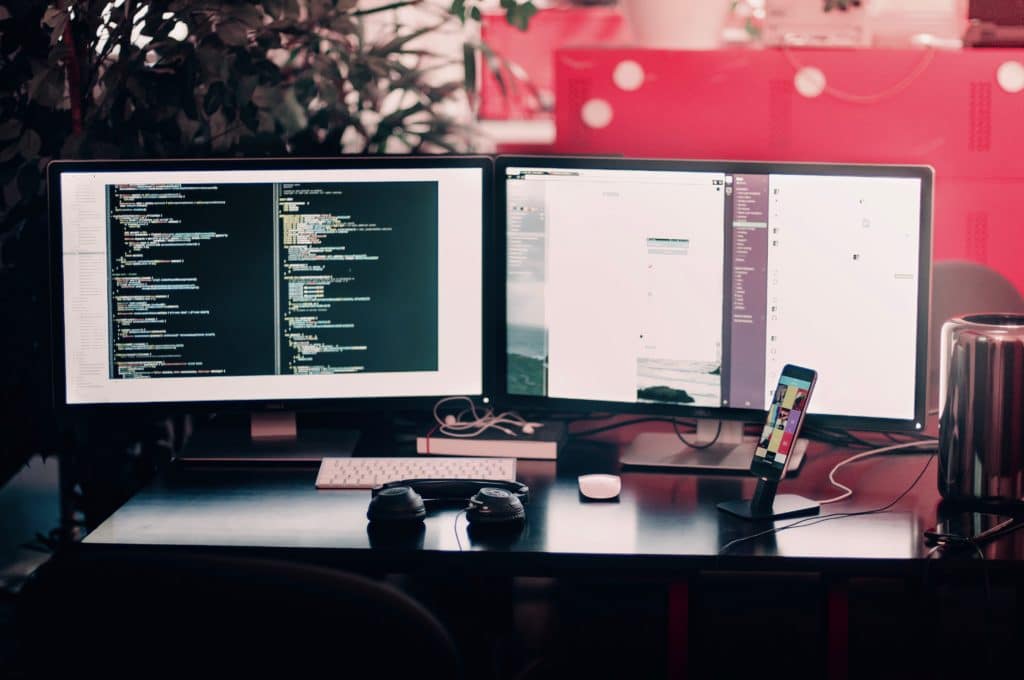 When it comes time to switch over IT providers, you may suddenly realize how much you don’t actually know about your service. Not to worry — by making sure you have these key pieces of information, you can start afresh with a new vendor.