How Cybersecurity Worked Before 1970 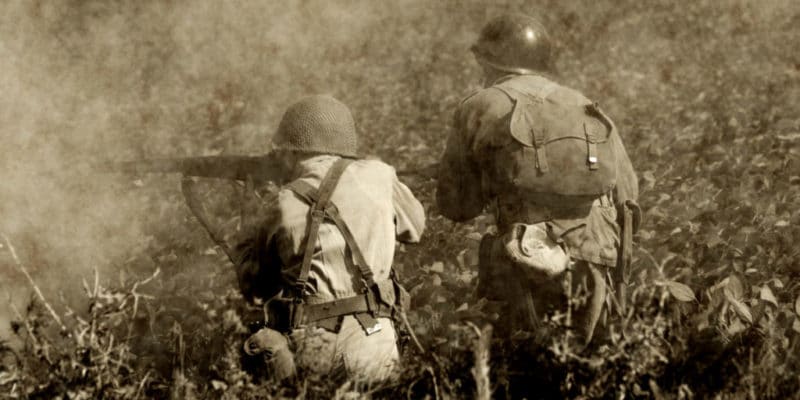 Today, cybersecurity is a hot topic. You can’t turn on the news without hearing about hacking, protecting against hacking or other cybersecurity-related topics. In fact, the term “Cyber”, no longer meaning “Cybernetic”, has become IT slang for “Cybersecurity”. Cybersecurity is portrayed today as a war between the good guys and bad guys. This war is nothing new, in fact cybersecurity began when humans made the first technological advance.
It is true that cybersecurity has become the latest “new thing” in most people’s minds. Many people question “where did cybersecurity go wrong and how can we fix it?” or say things like “we’ll never keep up with security”. This series of blog post looks at the origins of cybersecurity and examines the need for cybersecurity, the cyber-journey we are all on together and looks at where the trends are taking us for the rest of this decade.

Many believe that information security is a new discipline. In fact, Information Security or INFOSEC began with man’s first invention of technology. That technology was valuable and needed to be protected from loss, misuse or breach to another culture. The first spearhead design had to be protected:

INFOSEC carried on much this way, protecting weapons technology, for millennia. The face of INFOSEC changed in the years before World War II when communications technology began to be used for military purposes. Defenders invented more sophisticated encryption technologies and attackers invented ways to break the encryption.

The first known “computer hack” was in the 1930’s when a group of Polish codebreakers cracked an early version of the German “Enigma” code. Later in 1940, the British and Americans cracked the more complex German Enigma machines by intercepting and analyzing weather transmissions from the German Navy. These early hacking teams played an important role in the outcome of WWII and paved the way for both the IT and Cybersecurity fields.

After WWII, much research went into the nascent field of computers. Computers evolved from mechanical gear-driven machines to vacuum-tube monsters that filled entire rooms and buildings. Security was still dedicated to encryption and protection of national secrets.

The first computer security problem occurred in the early 1960s when a researcher using a mainframe simply printed out the user and password list rather than the report that was supposed to be delivered. This was the beginning of a series of “hacks” where computer scientists subverted resources or otherwise breached systems.

The systems were isolated at that time, and limited to computer scientists, so the damage was relatively small. The landscape changed forever at 10:30 PM on October 29th, 1969 when ARPANET was born and the Internet spoke its first words.

In the next part of this series, we will examine how cybersecurity evolved from a military / warfare focus to an information science with the invention of e-mail, networks and passwords.